The story of my beloved horse Mama (AKA Mama Rocks Me). 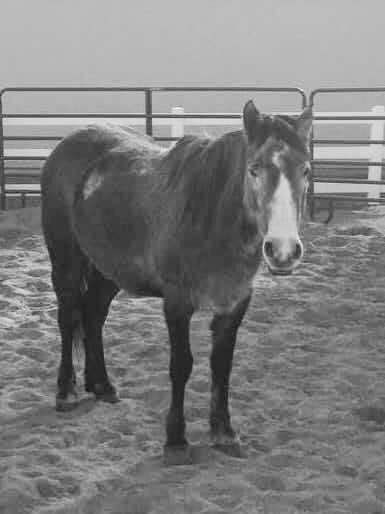 The day Moma arrived at my home.

I purchased this horse in 2014 from the Fallon Nevada kill pen, sight unseen. In fact, I didn’t even select her. She was part of a herd of 26 mares from a bucking horse ranch that went out of business.  I was told they were all pregnant.  It tore at my heartstrings and thought I could save one of them from their pending death.  Which horse I received was based on what order I paid her fee of $400.00.  I arrived at the feedlot in the early evening and hip number 12 was run onto my trailer. The first photo is the day she arrived at my home, untouched by human hands and frightened.  We started calling her Mama, as we were told she was pregnant.  Turns out she wasn’t pregnant but we didn’t learn that until I tamed her enough to get a vet check about 3 months after she arrived.  Her name Mama just stuck.

Mama’s first “job” was my trail horse.  We have taken her all over Arizona horse camping, trips to Mt Rushmore, Colorado and Utah.  In 2017 we started competing in competitive trail riding through Equine Trail Sports and we retired from competitive trail riding in 2018 where we ended the year as the 2018 National and Regional champion in the Intermediate level.

I’m currently the Commander of the Maricopa County Sheriff’s Office Mounted Search and Rescue Posse and Mama is my partner finding lost souls in the Arizona desert or mountains. 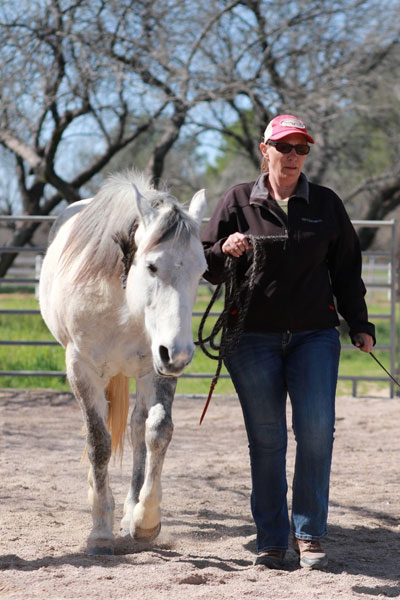 We were introduced to Cowboy Dressage in 2017 and started competing in 2018, participating in World Final in 2018 with a reserve championship in Partnership on the Ground. Mama also competed at the 2019 World Finals in Neck rope liberty and under saddle classes. 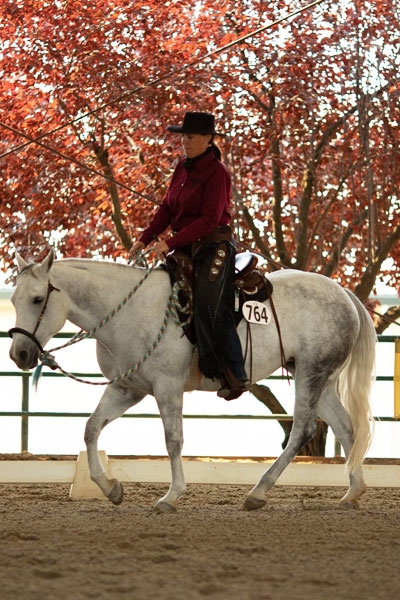 For the past year Mama has been recovering from an injury and we have just started back to work again.

Currently Mama and I are continuing to work on the requirements for liberty as my bucket list is to show everyone Mama’s amazing ability at liberty in the liberty freestyle. We also compete in under saddle classes in the Southwest region.