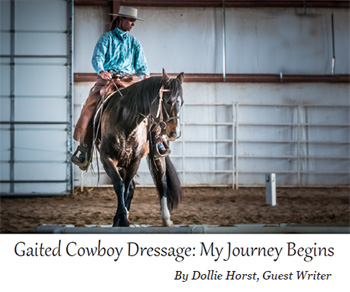 Did you know that Cowboy Dressage welcomes naturally gaited horses?

Among the people I’ve met through cyber space since launching NaturallyGaited.com is Dollie Horst who just returned from the 2015 Cowboy Dressage World Finals with her naturally gaited Rocky Mountain mare, Annie.  Read More » 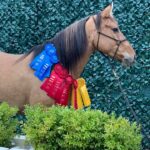 I spent the last week at my first “Cowboy Dressage” event and wanted to take a moment to write about what the show experience was like. Ali Kermeen invited me to the show by asking me to set a show goal to “make Denny a better horse than before he left to the show”. It seemed like a stretch goal ... Read More » 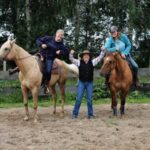 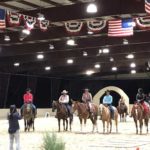 What a busy year it has been!  I suppose they all are pretty busy, though, aren’t they? Here it is fall already and the Cowboy Dressage World Final Gathering is happening in a couple of weeks and I feel like I’ve barely got a start on my training for the year. There have been some very exciting things happening in ... Read More » 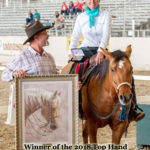 Photos by M. Marriott by Jenni Grimmett We are home and the horses are settled into their own beds again after a 10 day trip to Northern California and back for the 2018 Cowboy Dressage World Final Gathering.  This was our 5th Finals Gathering and they just get better each year.  So many amazing things happened at the Ranch Murieta Equestrian Center this year.  I’ll ... Read More » 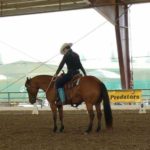 It still feels to me that my Cowboy Dressage 2017 season just started a few weeks ago. As I’m looking back on a year of accomplishments and growth and fond memories of my Cowboy Dressage family it is hard to reconcile our Final Gathering has already come and gone. If you are like me and still reeling from the long ... Read More »

Cowboy Dressage in a Nut Shell by Dr. Jenni Grimmitt

Posted on June 22, 2016 by WebmasterDM
My husband Dan and I were recently asked to describe Cowboy Dressage “in a nutshell”.  I am sure the person inquiring was more interested in getting the short version from a pair of enthusiasts than he was in really hearing the answer but it made me realize that describing Cowboy Dressage in a few words accurately is highly difficult.  It’s ... Read More » 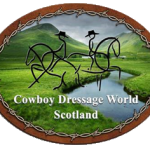 What Exactly Is Cowboy Dressage All About?

Blue Fountain Photography So a cowboy walks into a bar, takes a seat on a stool, and scans the drink choices before him. The bartender pays him no heed. After waiting patiently for a few minutes, the cowboy shifts in his seat, clears his dry throat, and tips his hat back. The bartender still doesn’t come over. After a few ... Read More » 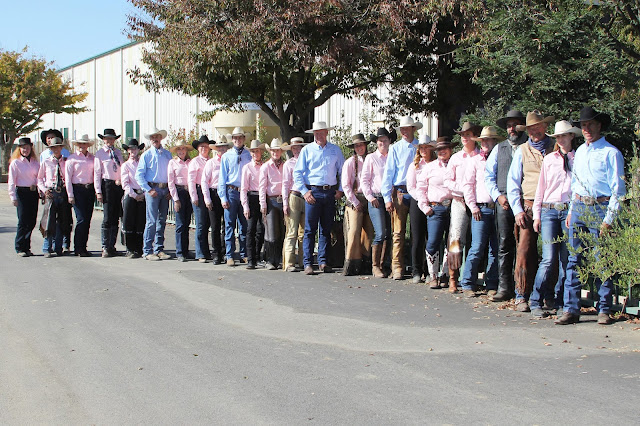 By Jenni Grimmett DVM cowboydressage.blogspot.com/ If you weren’t at the Murieta Equestrian Center, in Ranch Murieta, California last week for the Cowboy Dressage Final Gathering, I hope you at least took advantage of the live streaming, because history was made. Cowboy Dressage has been at the forefront of a revolution in equine competitions and equestrian lifestyle and this weekend we ... Read More »

What's Up With "Cowboy Dressage?"

With Richard Winters Horsemanship www.wintersranch.com As I write this article, I’m sitting at a horse show. Last night I rode with over thirty other riders in the preliminary round of the Top Hand Competition. I know that I have qualified as one of the top 10 riders. We are now waiting to see who will make the top 5 cut ... Read More »

Three months ago, if you had told me that I’d be holding a pair of rope reins, throwing a western saddle around and practicing my slow jog, I’d have said you were crazy. I’m deeply attached to my custom Devoucoux and my comfy tall boots, I’m the kind of person who gets home from the horse show and switches on ... Read More »

Cowboy Dressage is a Gift..... 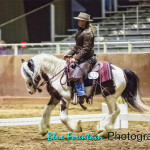 In the past few years Cowboy Dressage has become part of our lives. It has become one more tool in our bag for helping our clients and horses gauge their progress and give them a very realistic set of goals. It is something every horse and every rider can do, something we should all at least be proficient at for ... Read More » 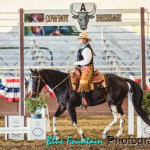 It takes years to develop a partnership with a horse and the hard work put forth by our Northwest riders shown through at the Cowboy Dressage 2015 Gathering & Finals. They were rewarded for their dedication to their horses and rightly so. Rebecca Wirth from Estacada, Oregon Linda Cody Winning ribbons sometimes is and sometimes is not a reflection of ... Read More »

Top Hand competitors… I salute you! 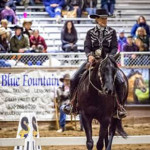 I’ve enjoyed the comments and perspectives from my fellow competitors in Top Hand at the CD Finals. Besides the great horsemanship, I would like to share a few things that stood out for me. First, was the willingness and courage of many accomplished horsemen. The horseman that stepped out of their box (discipline of choice) to compete in Top Hand ... Read More » 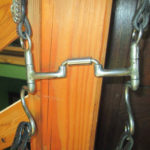 One of the very appealing things about Cowboy Dressage for many riders is the ability to ride with two hands on the reins.  While many English riders may wonder what the big deal is, for Western riders, this is a revolutionary concept. Traditionally in most Western disciplines, only the very green horses that are being ridden in either the snaffle ... Read More »